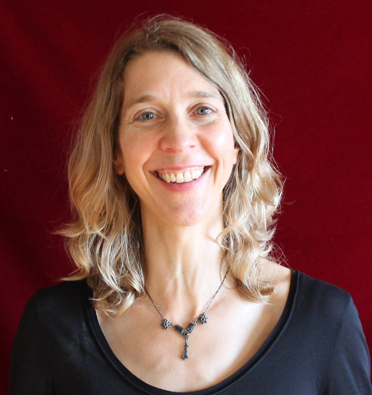 Heather is the founder and director of Fully Present Improv (which currently teaches classes and workshops for Berkeley Improv). She came to improv in her formative college years and began teaching improv as director of The Purple Crayon of Yale. An alum of Berkeley Improv, Heather performs with Berkeley Players and Black Box Improv Fusion. Beyond improv, Heather is a psychiatrist in private practice in Oakland and works in the emergency service at John George Psychiatric Hospital in San Leandro. She was awarded the Alexander Simon award for excellence in psychotherapy teaching and was named an outstanding graduate student instructor at UC Berkeley (in no small part due to her willingness to use all of her limbs to demonstrate a nucleophilic substitution reaction.) Heather believes that the willingness to take risks cracks the world open like an oyster, and that facing one’s fears in a fun and supportive environment is one of the biggest gifts of improv. 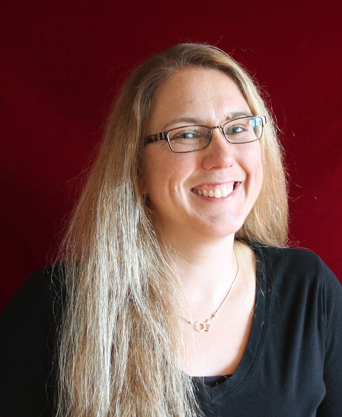 She has taught improv acting to kids of all ages for over 15 years in Chicago and the Bay Area, most recently heading up Black Pine Circle School’s (BPC) after-school Improv program. She studied improv for many years with ComedySportz in Chicago. An alumnus of Berkeley Improv Performance class, she currently performs with the Berkeley Players. Beyond improv, Christine is an award-winning science teacher, currently teaching 7th & 8th grade science at BPC. She believes in the power of young people and she and her students are frequent presenters at edtech conferences, science festivals, and maker faires.She has twice won the Exploratorium’s Iron Science Teacher competition and was invited as an honored maker to attend the 2014 White House Maker Faire for her work with the Lawrence Berkeley National Laboratory and her own student scientists. Christine fully admits that teaching middle school often feels a lot like performing improv comedy! 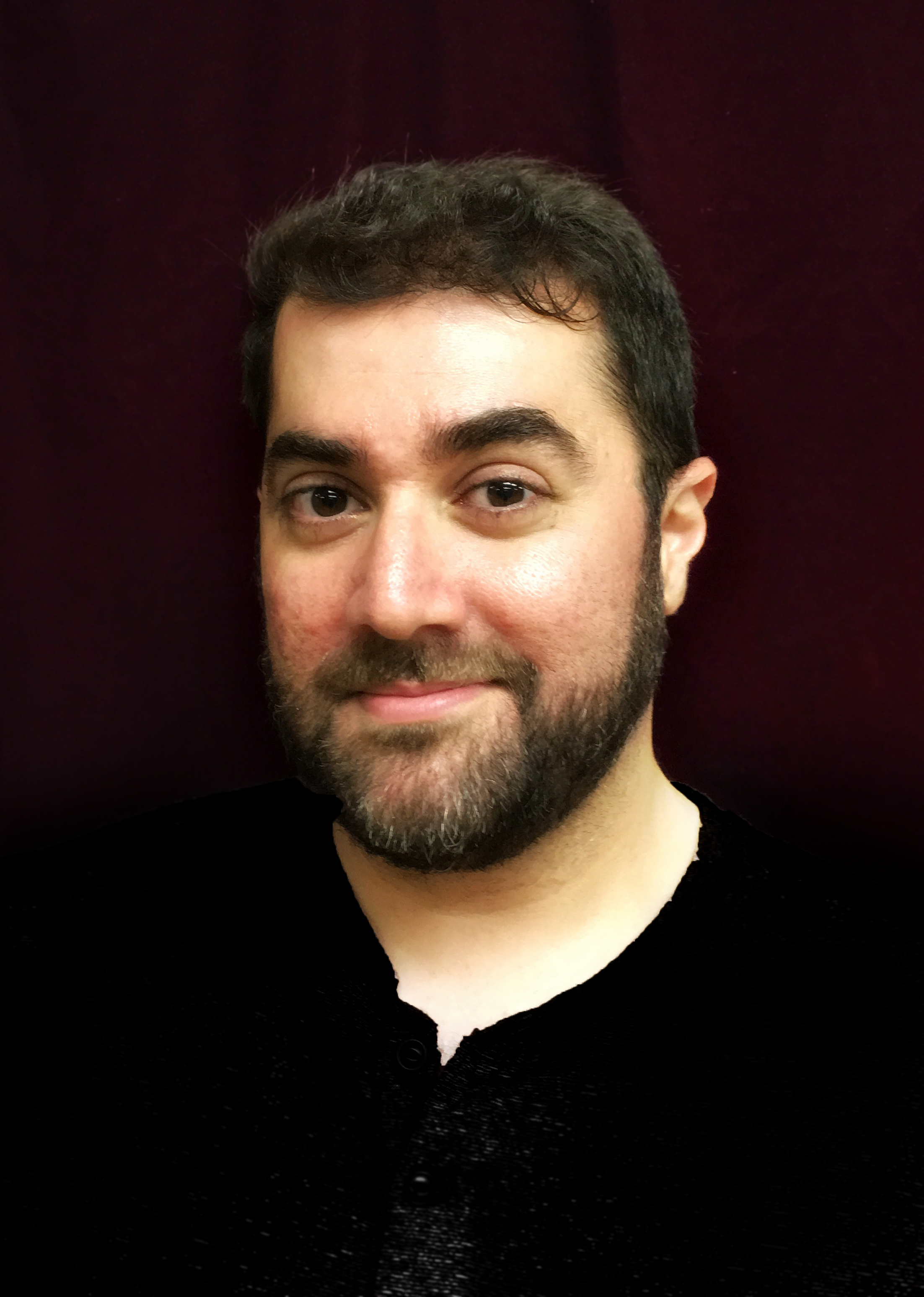 Arastoo Darakhshan has been an active composer, producer, teacher and performer in the Bay Area for fifteen years and has a degree in Applied Science with an emphasis on Sound Arts. An alum of Berkeley Improv, Arastoo performs improv with The Berkeley Players, Black Box Improv Fusion and Synergy Theater. Arastoo is a member of two performing improv groups including The Berkeley Players, and has acted for the Discovery Channel ID Network, Lexus, and the Academy of Art College in San Francisco. Arastoo brings together his improv acting skills and musical talents to provide magical improvised musical accompaniment for Berkeley Improv classes and performances. Beyond music and improv, Arastoo is an avid photographer, writer, and artist. His work has been featured on multiple albums by various artists, magazines, and businesses. For more visit arastoo.com.

Kat Dudley was the former director of the Training Center of Finest City Improv for over 5 years. With over 10 years experience in education and the arts, her dream is to help merge her love of postmodern, experimental, Artaud inspired theatre with improvisation. She completed graduate studies in theatre at UC Santa Cruz with a focus on education and teaching performance in schools. She has studied at Second City LA, Second City Chicago, Finest City Improv, Dosage, and will hop into any workshop she can get her hands on. Recent credits include: Founding member/organizer of the San Diego Improv Festival, an Instructor at Femproviser Fest, Northland Comedy Fest, Detroit Women of Comedy, San Francisco Comedy Fest, Hartford Comedy Festival and Duofest. She is the former CEO of The Improv Network.

Karen Twelves has over 10 years’ experience performing improv in and around the Bay Area. She is one of the founding members of the all-women troupe Chick Flick and a main stage cast member and instructor at All Out Comedy Theater. She also teaches for the GoogleArts Theater program and private clients, and teaches her own workshop series Improv for Gamers locally and at conventions from coast to coast. Her accompanying book “Improv for Gamers” was published in 2018. Karen loves delivering enlivening and meaningful learning experiences, and believes that everyone can benefit from an improv class to be a better listener, collaborator, public speaker, and all around more awesome person.

Griffen has been an active member of Berkeley Improv since 2018 where he has performed in numerous shows and has made many endearing friends. He directed the University Humor Outreach Program at the University of Redlands, where he lead improv workshops for children. Griffen has studied under ComedySportz LA and the Upright Citizens Brigade, and currently performs with the Berkeley Players and Synergy Theater. Off stage, Griffen is studying screenwriting. His creative writing background inspires him to use improv as a method to weave compelling and hilarious stories that resonate with audiences on an emotional level. Griffen believes improv is not only a medium to become whomever you want to be, but an outlet to express who you truly are in an inclusive, supportive environment.

Marcia is a bilingual performer, registered drama therapist, and recent recipient of the San Francisco Arts Commission grant. For Marcia, improvisation has been a means of connection, self expression and community. Improv allows you to be authentic even when expressing yourself through a character. Her love of theater and healing led to pursuing her Masters in Drama therapy at California Institute of Integral Studies. She is also a graduate of iWest Institute in Developmental Transformations, an embodied therapeutic form of improvisation. Currently, she is the assistant teacher with Joya Cory’s Full Spectrum Improvisation and performs with Lucky Dog Theater. As a performer for over 20 years, Marcia has been able to travel, perform in festivals, and meet creative people from all around the world. Improv for Real Life is a chance to throw away the script of “adulting” and let our inner child play a little longer. For more visit cocreatetheater.com 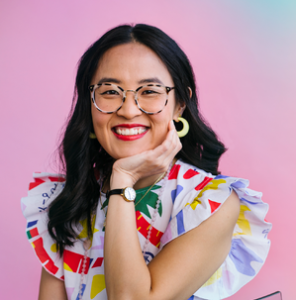 Ahran Lee is a 1.5 Korean American multidisciplinary artist, improv actor, and event designer and facilitator based in Berkeley, California. Cultivating interconnectedness and kinship is central to her work as an artist, facilitator, and community organizer. Ahran loves designing community spaces where she can facilitate collective creativity and vulnerable sharing to alchemize trauma into collective healing. Themes found in Ahran’s creative work range from AAPI women empowerment, raising mental health awareness, to exploring decolonization of oppressive systems. Ahran wants to be the first generation in her lineage who boldly breaks away from oppressive patterns by creating and occupying space loudly and proudly. Ahran is an energy mover. Ahran is an ancestral pattern shifter. 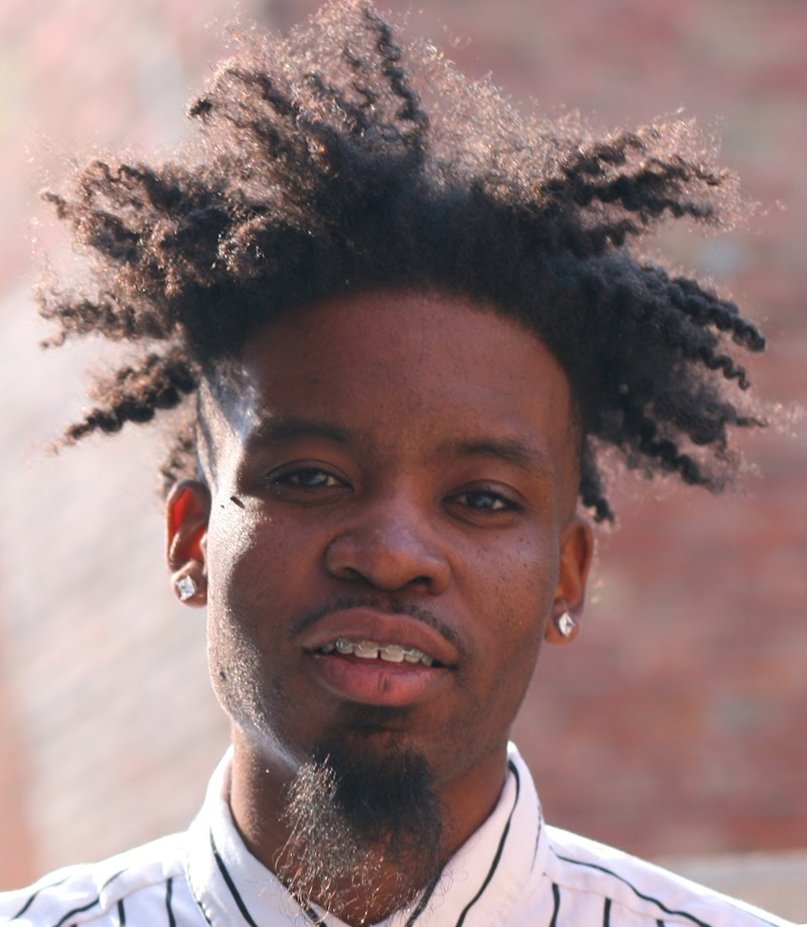 In the summer of 2015, in an attempt to see a stand-up open mic, Rashaad walked in the wrong theater and accidentally saw an improv show. He instantly fell in love with the craft and started taking classes at Berkeley Improv, moving on to become a Berkeley Improv teacher and member of the Berkeley Players performance group. Originally from San Francisco, he moved to Dallas in May of 2017, where he has continued his comedic education, completing the improv program at the Dallas Comedy House.Rashaad’s extensive creative and directing experience makes him a natural for teaching improv. In addition to teaching improv for adults and middle school students, Rashaad teaches voice and piano lessons. He has led Gospel music groups since the age of 12, written and directed multiple church plays, and has performed in numerous stageplays and musicals. His love of music led him to attend the Berklee College of Music and to Wiley College on a full scholarship. Rashaad currently writes and performs with FCC, an all-Black sketch comedy group. 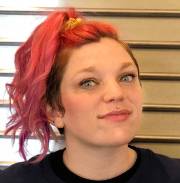 Amanda found a home at Berkeley Improv in 2015 after moving to California with her husband and fellow improv teacher Cory. Like many before her, she wanted a new hobby and to meet new people. What she found was so much more! She instantly fell in love with the art of improv and welcoming humans that came with it. “Yes, and” and a passion for community have become her life philosophy. She is a member of The Berkeley Players and performs frequently at Berkeley Improv. Outside the world of improv, she’s the head chef and curator of all things cute, frosting-filled, and sprinkle-covered at Crown and Crumpet tea salon. Some of her creations have even starred in viral food video blogs! If she’s not slinging cakes or doing improv, you’ll find her on the volleyball court. She loves her dog Daisy, tattoos, coffee, punk rock, and expanding her ever-growing community of friends. 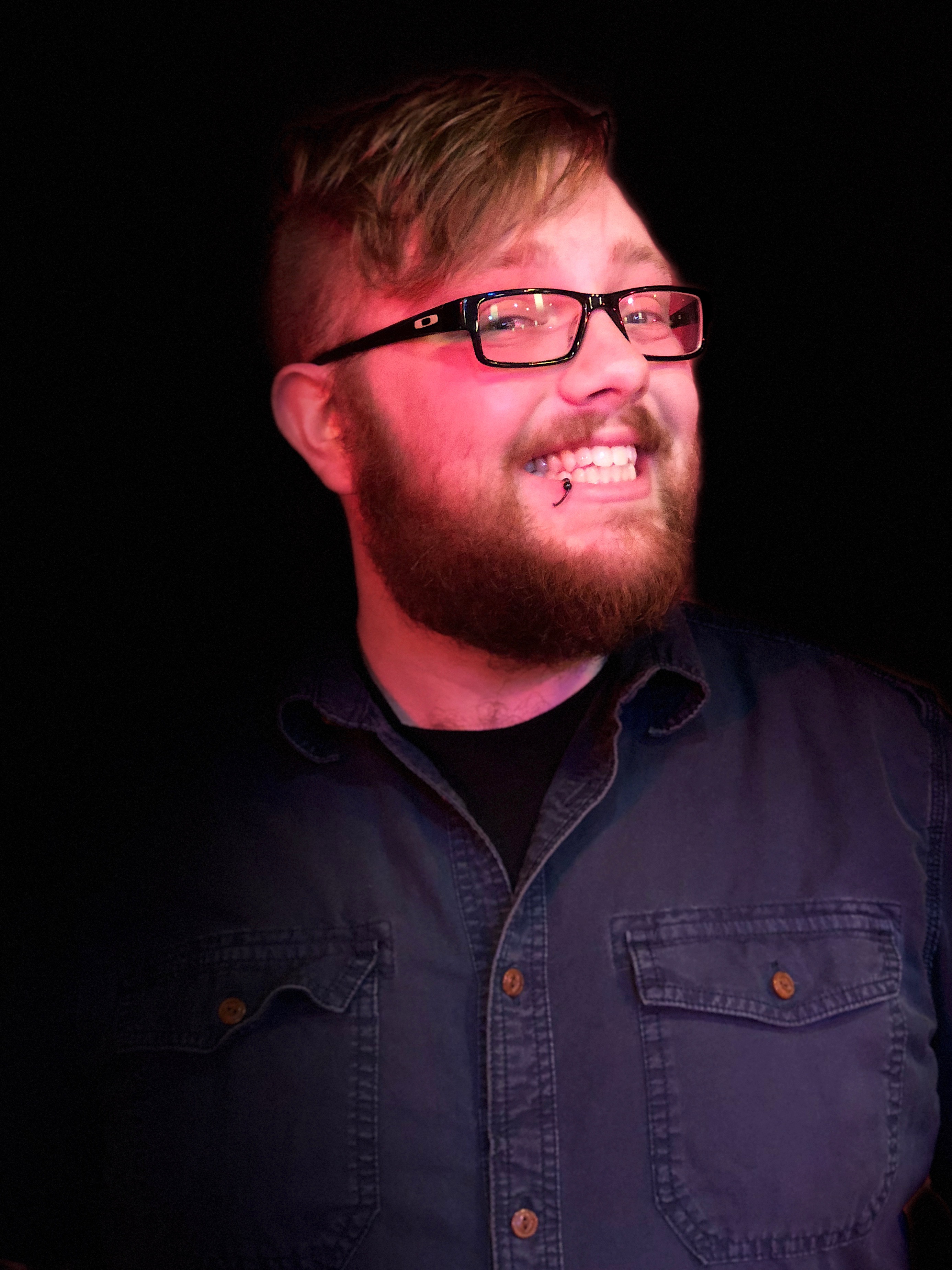 Originally from southern Ohio, Cory grew up with a passion for theater, featuring in productions of Annie, The Wizard of Oz, and Arsenic and Old Lace. Cory and his wife Amanda have been members of the Berkeley Improv family since 2016, and have performed with the Berkeley Players and Black Box Improv Fusion. When he’s not improvising, Cory is a connoisseur of pop culture, enjoying everything from musical theater to professional wrestling and is always happy to discuss his favorite bad movies. During his career as a registered nurse, Cory discovered his passion for teaching and mentoring junior nurses. He now brings his excitement for teaching to improv. Cory finds improv to be a unique platform for self-expression, an opportunity to inhabit new characters even as we create new stories. He is very excited to share his passion and philosophy with students at Berkeley Improv.

A native of Mexico and former Spanish teacher for K-6 kids, Adrian has been doing improv since 2011, studying long-form and short-form improv in Los Angeles and San Francisco. He is a long time member of YUM! a Leela theatre company ‘Performance Improv Ensemble’, as well a member of the cast of Blackbox Improv Fusion and Synergy Theater. Adrian uses his background in animation and character design to bring characters to life on stage through archetypes, and movement. He believes that on stage, the most beautiful truths about the human condition are revealed through the actors’ ability to take risks, and to allow themselves to be surprised by their own choices.

Adrian has been performing and coaching improvisational theater since 2006. He has taught students of all ages with diverse backgrounds encompassing high schoolers, sales account managers, engineers, regulators, artists, entrepreneurs, script-actors and more. Trained by veteran coaches from Bay Area Theatresports (BATS), iO Chicago, The Annoyance, and Upright Citizens Brigade, he has performed as part of the main cast of Craigslist Missed Connections at Pianofight in San Francisco, on the mainstage at All Out Comedy Theater, and with the experimental improv team Jurassic Pope. While Adrian is passionate about performing truthful and punchy comedy, he also loves deploying his expertise to empower others to communicate, connect, and have fun.

(1969-2019). Gerri was a 15 year veteran company member and teacher at BATS (Bay Area Theater Sports), Gerri Lawlor worked with Margaret Cho in the Be Robin Campaign for the displaced. Among her voice-over roles, she was one of the principle voices of The Sims. She was a founding member of The Lazy profits and Norfleet, Lawlor and Gray. Berkeley Improv was fortunate to feature Gerri as a special guest teacher several times. She was a radiant teacher and performer who devoted herself to celebrating that magic inside each of us, and to helping those in need. Berkeley Improv is grateful for her guiding light, which shines on all those she touched.

FullyPresentImprov.com is the trusted and sole US service provider for BerkeleyImprov.com